Our Lady of Lourdes, Our Hope and Comfort!

In 1844 France, there lived a gentle, poor, and uneducated girl named Bernadette Soubirous. The family lived in inhumane conditions because her father had lost his job and had been accused of stealing. Their home was a concrete room in a building that used to be a prison. Bernadette was often ill. She was 14 years old but was the height of an 8-year-old. Academically, she was close to a seven-year-old because of her poverty and illnesses.

On February 11, 1858, her mother asked her to go outside to gather firewood. Some friends had just come over and so the three of them went out together. At one point, she turned around and saw a beautiful Lady at the edge of a cave, wearing a bright white robe with a blue sash around her waist and yellow roses at her feet. She had a large white Rosary in her hands with a gold chain in between the beads. Immediately, Bernadette took her Rosary out of her pocket and began to pray the Rosary. When she was finished, she looked up and the Lady was gone.  She was absolutely enraptured with the vision of this lovely woman. Bernadette asked her friends if they saw her but they did not.

Bernadette went back to the grotto two more times over the next few days and the second time, the Lady asked her to come to the grotto 15 more times. Bernadette was completely obedient to the Lady even though the story had spread that Bernadette saw a vision of an incredible Lady in a white robe. Daily, dear Bernadette was ridiculed, teased, and intimidated by neighbors. She was tested by the clergy and officers came to her home and threatened to throw her father in jail. Her parents forbade her to go back to the grotto, which she very reluctantly did for a short time. But then she returned to fulfill her promise to the beautiful Lady.

Our Lady’s words to Bernadette over the 15 visits were:

“I do not promise to make you happy in this world but in the other.”

“I promise that you will discover here below another world.”

“Go to the spring, drink of it and wash yourself there.”

“I am the Immaculate Conception.”

“Go, tell the priests to come here in procession and build a chapel here.”

The story is credible for many reasons:

– Bernadette was uneducated and the dogma of the Immaculate Conception had just been finalized by Pope Pius IX, 4 years prior. There was no way Bernadette would have heard of it at her 2nd grade level of education which is why she asked her pastor that day what the words meant.

– Even though Bernadette was constantly harassed, ostracized, and tormented, by neighbors and officials she never once swayed from her story. Since the community knew of her father’s alleged stealing, they would say, “Why would Our Lady appear to a Soubirous?”

– To this day, 27,000 gallons of water spring daily from the site where Our Blessed Mother asked Bernadette to dig and place the water on her face. Thousands attribute the water to complete physical, emotional, or spiritual healings, and 70 have passed the extremely rigorous investigations by a team of 40 physicians/scientists from around the world (all walks of life and faiths) who laboriously pore over the medical documents. This is an independent Medical Bureau that is not associated with the Church. It has to be proven that there was a serious physical ailment/injury prior to Lourdes with no cure and immediately after Lourdes there was complete healing that was sustained for several years before it is presented to the Church for consideration.

Dear Friends in Christ, what a tremendous beacon of hope we have in Our Lady of Lourdes, who longs to comfort us and heal us, foremost from our spiritual illnesses, but also our emotional and physical ailments. The Novena to Our Lady of Lourdes begins tomorrow. Will you join me? Let us run to Our Lady of Lourdes and ask her to intercede that God will heal us from vices and sins that hinder us from true freedom. Let us also ask her assistance for our loved ones who suffer from all types of illness. Let us never forget the great power we have in Mother Mary’s intercession and the daily recitation of the Rosary. Next week, more amazing facts related to Our Lady of Lourdes!

Novena to Our Lady of Lourdes 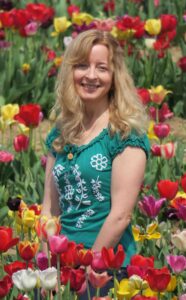